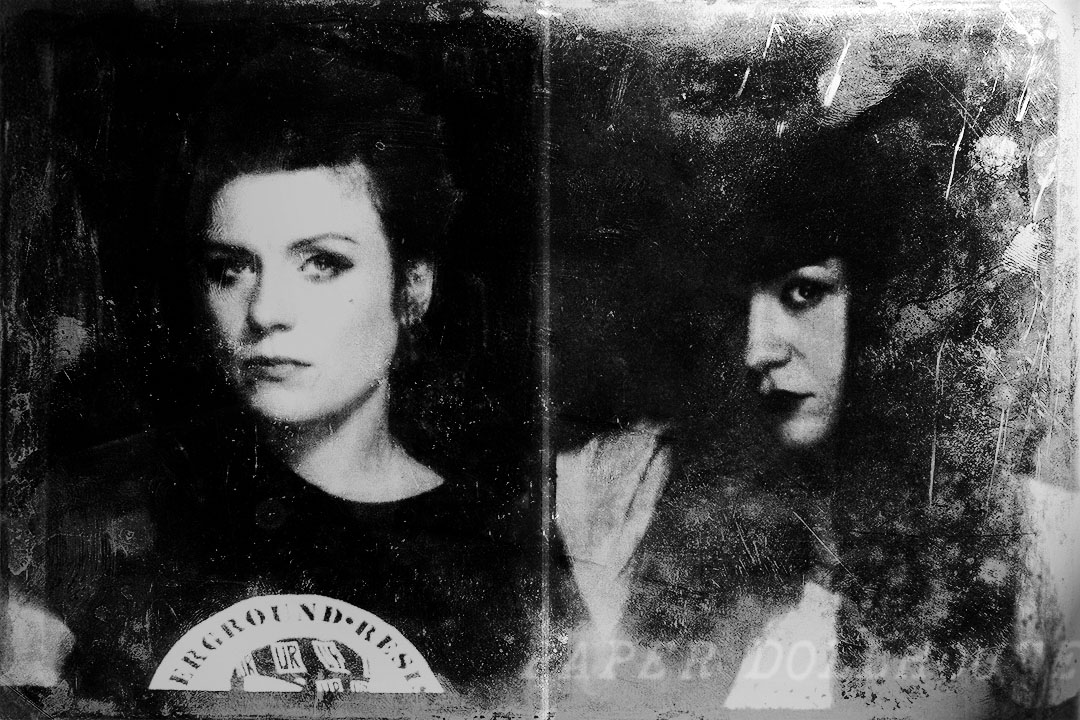 Paper Dollhouse is the duo of Astrud Steehouder and Nina Bosnic. Theis music merges hauntological pop twists with ethereal ambience, hazy folk sensibilities and cosmic gothy elegance. In their recent tape compilations on Moondome (review can be found here) they also showcased their subtle flirtations with the British rave heritage, incorporating its melancholic post-euphoric moments in their lush sounds. The interplay of all these elements is a staple of their discography. Paper Dollhouse’s debut release, A Box Painted Black on Bird Records, was stark and minimal folk music coated in dream pop emotionalism. The subsequent album, Aeonflower, turned out to be a shift towards multi-layered mellow soundscapes balancing between synthpop, blurred folk and light ambient.The duo employs diverse artefacts of the British sonic heritage (ranging from IDM to rave) in order to sculpt a unique and personal vision of their inner and outer worlds.

Secret Thirteen Mix 219 clearly illustrates these patterns - it constantly sways between sharp intelligent dancefloor grooves and introspective abstract sounds. Thus the kosmische fantasy fairytale of Emerald Web nicely gives way to the darkly futuristic sci-fi drone of “Sleep Deprivation 2” by UK IDM masterminds The Black Dog and the naive and chaotic “Every Day” by AFX. It’s no wonder that we find quite a number of tracks by Paper Dollhouse on here (including “Bubbles” from the forthcoming release), helping to trace the influences and evaluate their relative impact on Astrud and Nina’s sound. The selection shifts gears quite rapidly and gets even more intense towards the second half with a classic electro cut from Drexciya, a fast-paced Basic Channel remix, putting their signature dub techno into an almost trance-like rush, or the chilled pulsations of Nordic italo producer Skatebård. The same pattern is maintained with Legowelt’s two lesser known aliases, Seaside Houz Boys and Sammy Osmo, with their respective weird house and kosmische grooves. All this guarantees an exciting voyage, which never loses traces of atmospheric texture and meditative moments, while at the same time there can be an unexpected dive into dancefloor madness. Jeffrey Smart’s painting “The Overpass” might serve as a nice complement to the selection with its combination of symmetrical urban forms and a peculiar angle providing them with a strange, almost sci-fi feel.