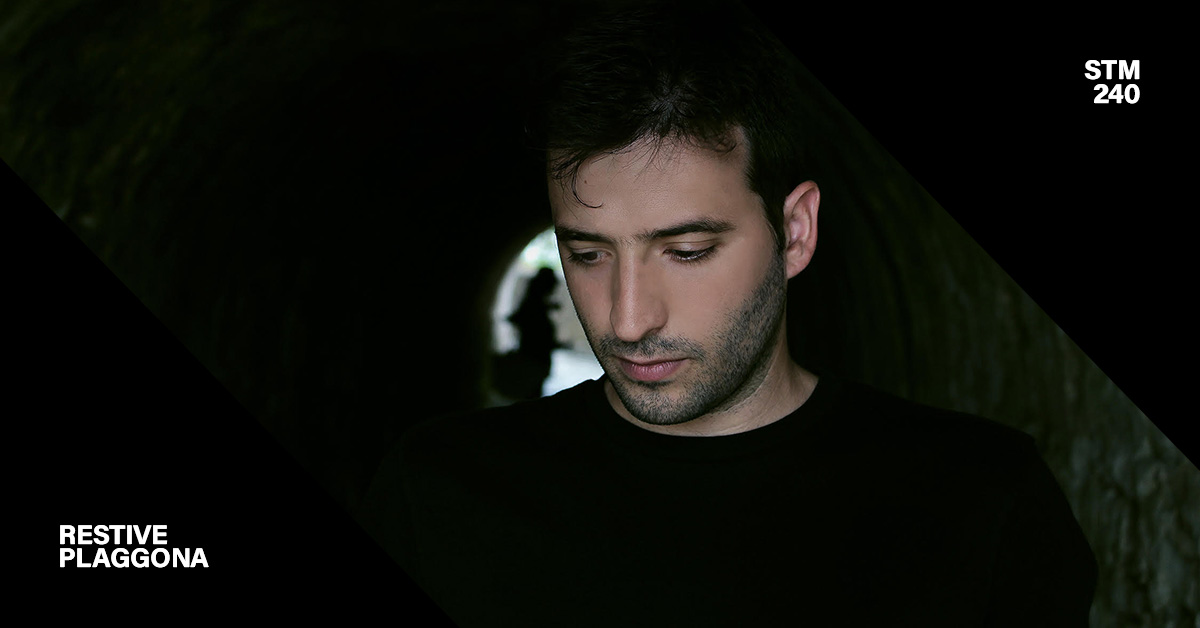 Restive Plaggona is the project of Dimitris Doukas, a Greek producer known for his heavy and dramatic lo-fi/industrial soundscapes with subtle traces of darker forms of techno. Dimitris is a particularly productive musician, having released more than a dozen records on such labels as Moral Defeat, Yerevan Tapes, NEN Records as well as his own Several Minor Promises over the course of two years. Rhythmic intensity is of prime importance to his work, going together with the general rawness of his sonic palette. It is no wonder that Dimitris releases most of his music on tapes as the rough density of his tracks fits this format pretty well. Within the output of Restive Plaggona’s he merges the epic and the claustrophobic and creates the effect of suspended drama and tension as if something is about to explode every second. His latest record under this moniker, Silently Hopelessly is coming out on Thrènes on Dec. 15, 2017. A more mellow and ambientish side to Dimitris is revealed through his Leftina Osha project. Here he focuses on floating melancholic compositions with a picturesque cinematic feel. Apart from these two, he is also behind Matriarchy Roots, a feminist and women’s rights focused noise project, as well as the more techno oriented Plaggona and Vile Temper.

Secret Thirteen mix 240 might appear as a harsher proposition judging by some of the names in the tracklist, but it is in fact a surprisingly meditative and gentle atmospheric affair. For Dimitris, it is important to expose his listeners to the unexpected, and this is certainly that. The tracks were chosen purely based on emotion and they include important influences or favorites from different eras. The inclusion of a lush ballad by the folkish dream pop duo of Mazzy Star’s Hope Sandoval and Colm O’Ciosoig of My Bloody Valentine already hints at the mood of the selection. It starts with a longing lo-fi/new age lullaby Racines De Calme by French synth project Canada Effervescent and then proceeds with an autumnal Vangelis piece created more than 40 years ago, yet showing similar sensibilities. The mix does not lack acoustic moments, including the aforementioned Hope Sandoval, the bluesy gritty post rock of Hungry Ghosts, Indonesian contemporary folk by Tarawangsawelas or a hazy piano miniature by Deux Filles. It’s also extremely surprising to see an unreleased track by Russian prog rock legend Yuri Morozov who has been part of such bands as DDT or Aquarium. The selection balances between soft tension, hazy/dreamy undertones, monolithic ambience and more experimental types of songwriting. With its sonic density, moody qualities, melancholic soundscapes and impressionist qualities, the mix reminds an 1870’s landscape painting by Armand Guillaumin.