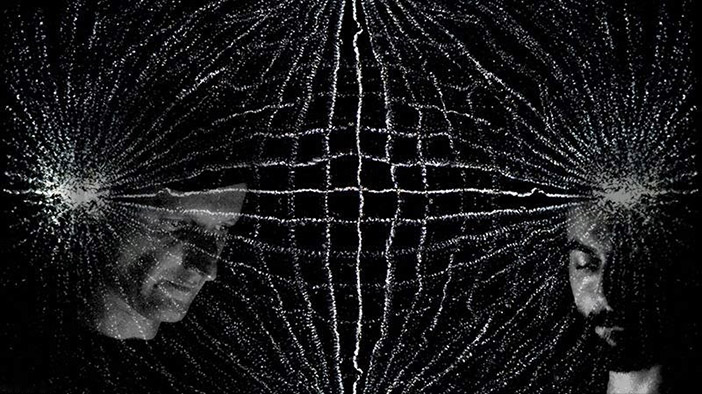 The authors of the mix are Daniele Antezza and Giovanni Conti, collectively known as Dadub - a duo of Italian electronic music artists and mastering engineers based in Berlin. Dadub was started as a solo project by Daniele Antezza in 2008, but he was quickly joined Conti, who had been working on interactive digital art projects at the time. Conti brought to the table his vast knowledge about hardware and software, and duo got immersed in production. Both members are work in the Artefacts Mastering studio and are connected to the Stroboscopic Artefacts label where they have released 4 EPs and a recent critically acclaimed debut album You Are Eternity. Influenced by King Tubby and Lee ‘Scratch’ Perry's mix board experiments, Dadub is looking for innovative ways to merge old production formulas, new technical possibilities and sound construction modules. Their sound is particularly concerned with low frequencies and deep hypnotic atmospheres, as well as beats and beat patterns - both Daniele and Giovanni are drummers. Combining elaborate techno rhythms and dub/ambient sound textures, Dadub extracts audio structures that could be described as moving colossal monuments. Their dynamic and powerful live performances have been showcased internationally at Sonar festival in Barcelona, Melt! festival in Germany and in clubs from Berlin to Moscow and New York. So there is no doubt that the audience will hear a lot from this prominent duo in the nearest future.

Following Dadub’s recent recordings for Boiler Room, Resident Advisor and Electronic Explorations, Secret Thirteen is happy to present their latest powerful selection in celebration of our 100th mix. Dadub’s selection is an indirect reflection of many of our previous mixes, because it carries a lot of different stylistic motives ranging from techno, IDM, experimental to ambient, world and contemporary music. “The selection encompasses different historical moments of electronic music evolution, from the first futurist experiments (Russolo's composition was composed in 1914) to contemporary approaches,” says Dadub. The duo has connected 48 lasting records to form a sustained, almost 2 hour mix, using tracks to express a wide range of emotion. Although the selection is deliberately eclectic, Dadub finds alternative ways to connect the most capricious tracks and thus mask the tension between pieces. The spectral content is always changing and smoothly reshaping its trajectory - it balances between formless compositions and rhythmic sound architecture. Dadub uses diverse audio layers to form completely new structures, new harmonies - constantly expanding sonic constructions. They have dubbed and overdubbed this mix by using their new effect set up, a feedback system using a vintage analog mixer and a couple of dirty delays. It is important to mention that this mix includes many records that have evolved from dub or are strongly related to this genre. Among the sublime works by such notable talents as John Cage, William Basinski, Demdike Stare, Jan Jelinek, Rhythm and Sound, Retina.it, the listener will hear 4 pieces from the Dadub catalogue as well. 2 of Dadub’s unpublished experimentations were cut from their performance at Atonal Festival 2013.

All in all, Secret Thirteen Mix 100 is a picturesque and attentively planned audio expedition. It is like an expressive and emphatic Untitled piece by Hans Hartung, painted in a gestural abstract style where sketchy, improvisational, and somewhat chaotic composition exposes an underlying refined tension between line and colour. Hartung was working in the Informel manner and his vivid calligraphic brush strokes are an exploration of the principles of harmony and proportion, similarly to the Dadub recording. The duo was passionate to create an immersive emotional sound experience, following their instincts and revealing a more sensitive side in an invitation to this journey through light and darkness. As Einstein once said, “Once we accept our limits, we go beyond them”.