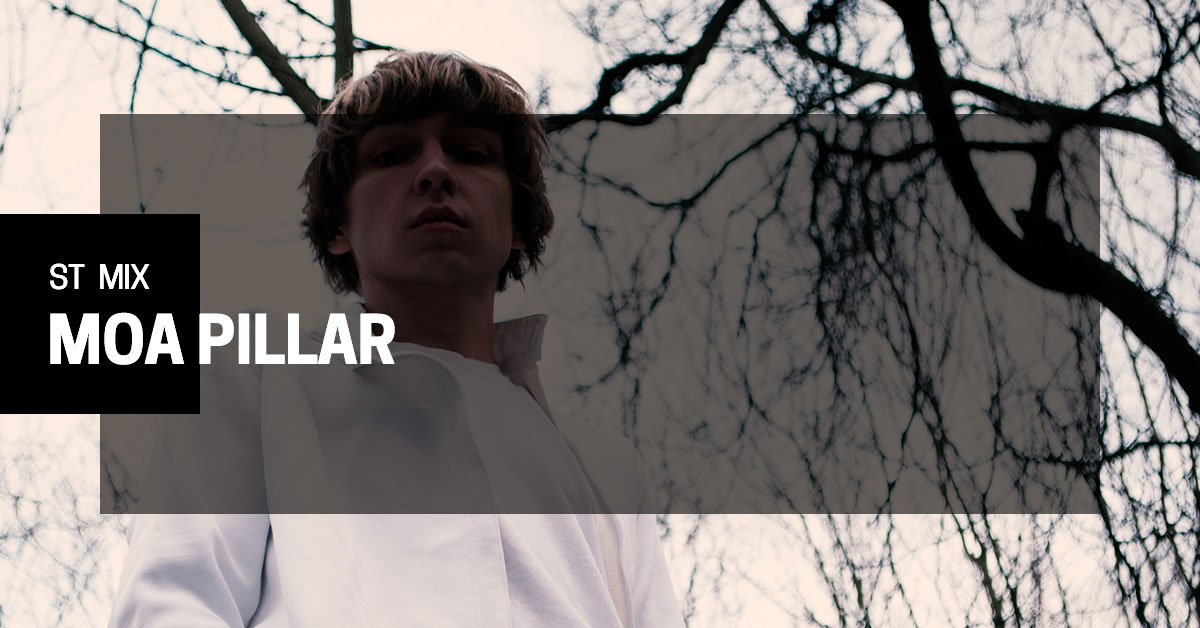 Moa Pillar is the project of Fedor Pareverzev, a young music producer, sound designer and documentary filmmaker from Moscow. He began his music career with organic beats and broken rhythmic patterns interplaying with wooden folkish sounds and neoclassical tones. Later, his sound evolved into grand and majestic experimental techno/IDM - heavy monolithic rhythms, lush ethereal soundscapes, mesmerizing vocals, choir-like grandeur and spiritual calmness. Albums such as Humanity and Hymns, both released on Full of Nothing, illustrate these sonic features, particularly the merge of intense high BPMs and the floating peace of ambient music. It’s as if, similarly to Biosphere’s Departed Glories, Autechre were trying to create an album based on Slavic folk melodies. Fedor’s brilliant collab with Helm, paired with footage from Siberian towns and Altai Mountains, was one of the highlights of the Unsound Krakow 2016 festival, the dark and grainy ambience complementing the shots of run-down cities and wild nature very well. Another interesting project of Fedor’s has been the Bonfires and Stars documentary, where he was filmed going to the Caucasus to collaborate with local musicians. He is also a co-founder of the Monoleak company, which has recorded music for such companies as NASA and Mercedes.

Secret Thirteen Mix 243 is a good reflection of Moa Pillar’s sound as it was during different periods of his career. We experience washes of futuristic beats with sublime and hypnotic atmospheric heights and power ambient - a post-internet frenzy with classical serenity. The mix has a similar balance of tranquility and thick intensity to his own production. The blissful, otherworldly vocals of Halo from Coucou Choé opens the narrative which continues with the electrified/digital new age from Lanark Artefax. The Minais B track bursts with sustained intensity and glassy elegance. Ptwigss is an exciting discovery, a surprising, melancholic and sensitive brand of IDM, reminding Arovane and Phonem’s rough-edged, icy, but heart-warming AER (Valid) record. It’s also very nice to see Arca’s beautiful rework of Ryuichi Sakamoto’s async, which in a way showcases the meeting of two generations of producers. Most of the tracks within this mix were released within these latter couple of years, mostly by young, up-and-coming producers, perhaps a hint of present day influences informing Moa Pillar’s sound. The colorful, kaleidoscopic and brilliant shards of sound in the mix remind the “One-Way Colour Tunnel” installation by Olafur Eliasson. This is hugely recommended if you were into our previous entries by Dalhous and J.G. Biberkopf.

“Actually I rarely collect non-dance mixes. But this is exactly the case. If I had to describe this mix in a few words, it would be "New Drama". There are a lot of tracks with transparent, church-like female vocals. This is one of my favourite tools. I don’t know how it works in the rest of the world, but in Moscow, where techno has taken over everything, there are no events where you can hear this kind of music. In this mix music is collected outside genres. It's very hard to explain what it is. All tracks were released in the last couple of years. It is very interesting for me to follow and understand what is going on right now, without looking back to the past.”