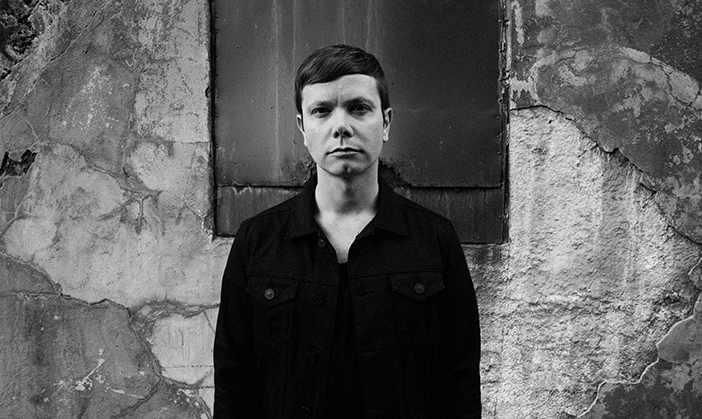 The author of the mix is Roberto Crippa, a London-based Milanese multimedia artist and composer. In his work he investigates how human bodies and physical objects respond to architectural acoustics and resonant frequencies. Roberto has started his musical path at the age of 15 while playing and studying drums. Through the years he joined various bands, ranging from punk to black metal. Drummer experience formed and influenced his approach towards music, composition and installation. His early drumkit gradually evolved and incorporated home­made instruments, electronics and objects. It expanded so quickly that he eventually left the drums out and began focusing exclusively on electronics, utilizing sinewaves as a primary source. At the age of 19 he joined an experimental two-year course at Sensory Perception in Milan before his studies of Fine Arts and Time­based Media at Central Saint Martins in London. At the same time he was also studying fine and contemporary arts by himself and was trying to find a connection between his musical practice and visual art context.

Roberto has always been more interested in sounds and noises, their relationships, contrasts and analogies rather than harmonic theory. He has been engaged in the effect sounds (particularly bass sounds) that have an impact on the human brain and body from a perceptual point of view. He read several books and articles about this field of research and started doing installation work based around this subject. His first official solo performance, under his real name, happened in 2000 in Milan.

In his work Roberto uses sound sources as “materials” or “ingredients” and explores recurring subjects through various formats, installations, live performances or records. He does not rely only on hardware or digital production. The choice always depends on what he wants to achieve musically. He likes to constantly change his own set up and explore how that affects music making or live performance. His nowadays music combines real-time performance on custom analogue oscillators and effect pedals with acoustic sound sources such as zithers, bells and percussion instruments. Recently Roberto has released his first debut album named “Reverse” on the excellent We Can Elude Control label, which is managed by Paul Purgas from Emptyset. Moreover, Roberto often collaborates with visual artists and one of them is Caleb Wood with whom he released an audio visual DVD on Wasted Capital (UK) imprint. Sometimes you can catch him performing live in London, especially in the critically acclaimed Café OTO venue. At the moment the artist is working on the new album.

“Secret Thirteen Mix 127” is an electrifying and well planned audio expedition over the imaginary array of clouds and isolated striking nature where even the smallest sound particle has a meaning and plays an important role in the whole complex and multi-layered mix’s context. It is a precisely balanced fusion of such experienced artists’ production as Emptyset, Valerio Tricoli, Kevin Drumm, Peder Mannerfelt, Helm or Shapednoise that opens new horizons for every contemporary/experimental electronic music seeker. Most of the tracks were released in the last decade on such Secret Thirteen’s beloved labels as Raster-Noton, Editions Mego, PAN, Subtext, Modal Analysis and similar respectable imprints that always present innovations, modernity and exclusive musical philosophy with every new release. Even if each artist in this mix has his own unique producing techniques and overall sound identity, Roberto finds deliberate ways of how to weave everything into a continuous and highly conceptual wholeness. Roberto not only comprehensively maintains the whole trajectory of the mix, but also gradually generates slight musical voyages to more analog and live sound to achieve more organic rather than mechanical mix. Whether it be a penetrating Diamanda Galas voice or a digitized field-recording, Roberto knows how to merge these different musical worlds. His skillful manipulations with the intensity and mood of the whole mix clearly show his musical knowledge, creativeness and thoughtfulness.

This mix is based on gradually shifting glacial and gloomy sound atmospheres, periodically emerging encrypted and subterranean rhythms, and diverse advanced sound modulations that reveal new and unexpected soundscapes every time the listener presses the play button. The mix has a strong and expressive ambience related to colossal and lofty surroundings and this fact adds more weight to the whole mix’s impression and also reflects Roberto’s interest in acoustics. Careful, patient and precise mixing of the tracks at the end creates an invaluable musical experience and sensation of perfection. Roberto definitely knows how the work should be accomplished and presented to the audience leaving no apathetic.

It is like an extremely evocative b/w Nino Mustica’s abstract painting “Mercoledì 14” where the artist explores the possibilities of a gestural abstraction and how it challenges our perceptions of art and the art world. And it is quite similar to Roberto’s ingenious work where he is naturally examining the relationship between different tracks and artists involved, showing that there is a crystal harmony among even the most complicated and expressive pieces.

Please, enjoy this architectural, finely electrified and nocturnal mix. Secret Thirteen wants to believe that this artist and this mix for many of you will be a fascinating and inspiring discovery.